Let’s start with some facts to understand why it sucks!

(Data from Purplesec, IT Governance, VentureBeat)

On the other hand:

It is important to build a healthy relationship where trust, communication, and collaboration are key to moving toward the organization’s north star. But traditional security teams sometimes see themselves as inspectors of the developer's work. And that attitude needs to change - “when you’re a hammer, everything is a nail”.

Did you know that in “Gartner's Top Strategic Technology Trends for 2022: Cybersecurity Mesh”, the word "developer" is not included not even once? We were shocked about it; developers need to have a leading role in cybersecurity!

With shift left security we mean moving security sooner in the development process. Teams should provide developers with the right tools to do their job securely; this is why it is essential to automate product security.

But most of the new security solutions are focused on selling to the CISOs and their security teams, maybe because they are the ones with the budget for “security”; but what about developers? Most of their new solutions are oriented toward productivity, which makes sense since we live in an agile world, but what if there were new developer-first security solutions? Well, it is about time; a recent survey from Forrester shows that last year 27% of organizations had their development teams holding the budget for application security tools and that number has increased to 37% this year.

While some security tools for developers have started to appear, it is still early days. The ecosystem needs solutions to automate security for developers and most importantly, that is reliable. Our hypothesis is that the most important products will come from the open-source community; they have a genuine interest in supporting and empowering developers.

We are consolidating a list of reliable open source developer-first security tools for security, if you know of a project we should consider, or if you would like to have access to this list, please send me an email: sama@boxyhq.com or/and help us spread the word! 🙌 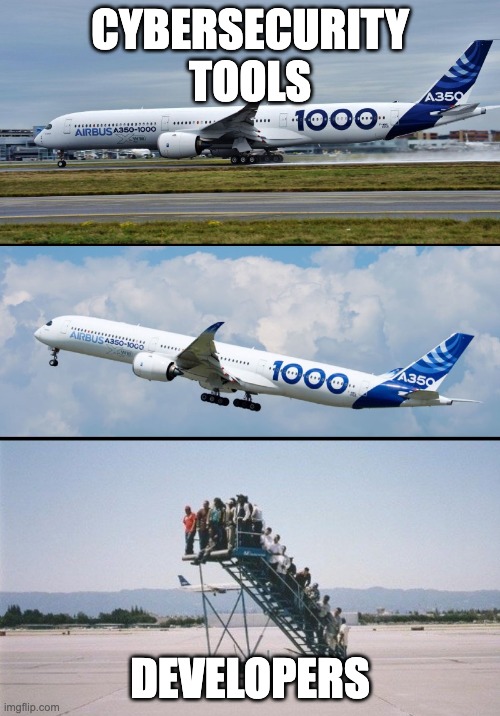